Because Long specifically addresses real estate, there may still exist arguments with regards to the characterization of property other than real estate. In fact, in the 2001 Chamberlain case (2001 ME 167), the Court held that “in contrast to our holding in Long, we have never held that deposit accounts are subject to such automatic treatment as marital assets when funds are placed briefly in accounts, and we decline to do so now.” Thus, the previous definitions created by the Law Court may still be applicable in those situations, although it would be the exception rather than the rule. These previous definitions include: 1) The "inception of title" rule focuses on the state of the title to property when it is first purchased; 2) the "transmutation" rule holds that non marital property may be transformed into marital property. The transmutation rule does not apply to transfers prior to January 1, 1972, which was the effective date of the revised marital property statute; and 3) the "source of funds" rule grants to each estate an interest in proportion to marital or non marital contributions made toward the acquisition of the property.

The exception which provides that property acquired in exchange for property acquired prior to marriage or in exchange for property acquired by gift, bequeath, devise, or descent is embodied in the "source of funds" rule. Thus, in a divorce, the Trial Court does not rely on who holds legal title to property. Instead, it looks to the source of funds that were used to create the value the property now has to the parties. The marital and non marital interests in property are determined by comparing the ratio of marital and separate contributions to the acquisition of property.

In order for the Court to equitably divide the parties' marital property, it must consider all relevant factors, including 1) the contribution of each spouse to the acquisition of the marital property, including the contribution of a spouse as homemaker; 2) the value of the property set apart to each spouse; and 3) the economic circumstances of each spouse at the time the division of property is to become effective, including the desirability of awarding the family home or the right to live therein for reasonable periods to the spouse having custody of any children. It is important to note that the Court is not allowed to consider fault in the distribution of property.

Finally, as the Law Court has repeatedly stated, equitable does not necessarily mean equal: The Court is not compelled to divide the marital estate equally, and, in fact, a Court which automatically does so could be in error. 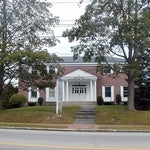